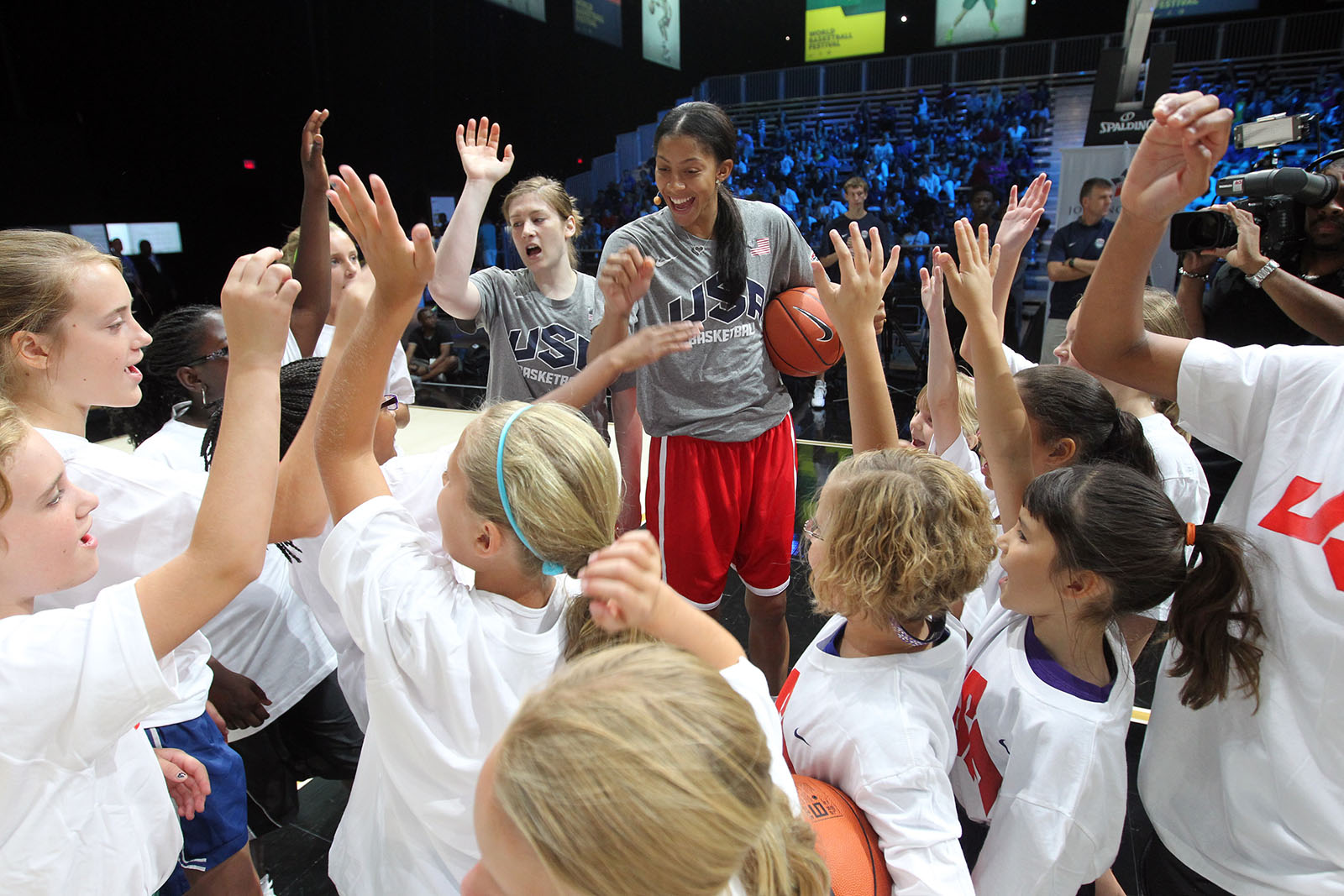 NEW YORK, Dec. 18, 2017 – The National Basketball Association (NBA) today announced the Jr. NBA World Championship, a first-of-its kind global youth basketball tournament for the top boys and girls teams ages 14 and under from around the world.

In showcasing the world’s top young talent, the Jr. NBA World Championship will be centered on four core values – teamwork, respect, determination and community – that will set a new standard in youth basketball development.  In collaboration with USA Basketball and FIBA, the competition will promote standards of safe play as well as the proper training and licensing of coaches to enhance the experience for everyone involved.

The Jr. NBA World Championship will align with the NBA and USA Basketball Youth Guidelines, which promote health and wellness in several ways including recommending age-appropriate limits on the number of games that youth should play.  All coaches participating in the Jr. NBA World Championship will also be required to be trained and licensed by USA Basketball(U.S.-based coaches) or FIBA (international coaches).

Youth at the Jr. NBA World Championship will not only compete on the court but will also receive off-court life skills education and participate in NBA Cares community service projects.

“The Jr. NBA World Championship represents another significant step in our effort to promote youth basketball globally,” said NBA Commissioner Adam Silver.  “And in addition to high-level competition on the court, participants will learn from NBA and WNBA veterans and coaches the values of the game and the most appropriate training techniques.”

“I am excited to serve as a global ambassador for the Jr. NBA World Championship,” said Wade.  “Basketball means so much to me and my family, and I look forward to helping the NBA improve the game at the youth level for the next generation of players from around the world.”

“The Jr. NBA World Championship is a great initiative that will connect U.S. and international youth in a meaningful way,” said Parker.  “As a global ambassador, I’m looking forward to making a positive impact on the participants, both on and off the court.”

The international competition will leverage the Jr. NBA’s extensive global reach.  During the 2017-18 season, the NBA will reach more than 26 million youth in 71 countries through a variety of camps, clinics, skills challenges, league play and outreach events.

Media and marketing partners for the Jr. NBA World Championship will be announced at a later date.

The NBA is a global sports and media business built around four professional sports leagues: the National Basketball Association, the Women’s National Basketball Association, the NBA G League and the NBA 2K League, set to launch in May 2018.  The NBA has established a major international presence with games and programming in 215 countries and territories in 50 languages, and merchandise for sale in more than 125,000 stores in 100 countries on six continents.  NBA rosters at the start of the 2017-18 season featured 108 international players from a record 42 countries and territories.  NBA Digital’s assets include NBA TV, NBA.com, the NBA App and NBA League Pass.  The NBA has created one of the largest social media communities in the world, with 1.4 billion likes and followers globally across all league, team, and player platforms.  Through NBA Cares, the league addresses important social issues by working with internationally recognized youth-serving organizations that support education, youth and family development, and health-related causes.

About the Jr. NBA

The Jr. NBA presented by Under Armour is the league’s youth basketball participation program that provides a fun environment for kids to learn the fundamentals and values of the game.  The Jr. NBA is focused on helping grow and improve the youth basketball experience for players, coaches and parents, and offers a free curriculum covering all levels of the game that includes 48 practice plans and more than 250 instructional videos featuring NBA and WNBA players.  The Jr. NBA World Championship, a first-of-its kind global youth basketball tournament for the top 14U boys and girls teams from around the world, will take place in August 2018.

In partnership with USA Basketball, the NBA developed the first set of youth basketball guidelines in October 2016, with an emphasis on player health and wellness.  Through a network of affiliated youth basketball organizations and programs such as the Jr. NBA Skills Challenge presented by Verizon and 3v3 Leagues presented by Shock Doctor, the Jr. NBA program has reached more than five million youth ages 6-14 in the U.S. and Canada since launching its expanded efforts in October 2015.  The Jr. NBA partnership network is comprised of youth basketball programs of all NBA, WNBA and NBA G League teams as well as elementary and middle schools, military bases and longstanding community partners.  For more information and to register for the Jr. NBA, visit www.JrNBA.com or download the Jr. NBA app.