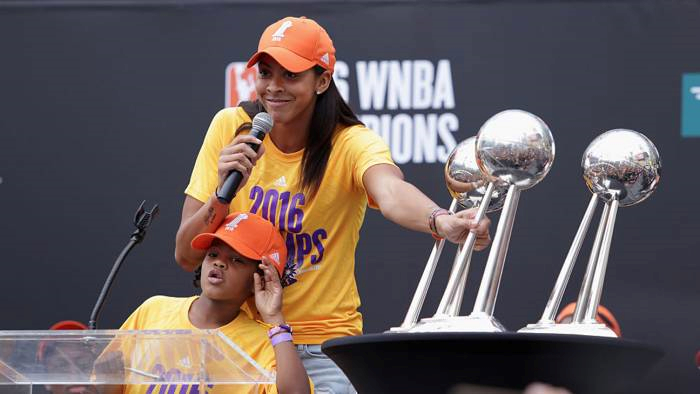 This year, Mother’s Day fell on May 13th, Parker’s daughter, Lailaa’s birthday. Nothing could be more fitting that the two share a holiday. Parker planned a surprised trip to the San Diego Zoo to do a private tour because Lailaa loves animals. “I like to say my daughter chose me,” Parker said. “I feel like I’m lucky from that aspect that she’s in such an important part of my career.”

Parker and Lailaa have been able to travel around the world together because of basketball. They have memories of winning a championship and being at the Olympics, which Parker is fortunate to have shared with her daughter.

“I didn’t realize becoming a mother would make me a better teammate, a better friend, a better basketball player, a better daughter. I’ve read somewhere, and I think Obama said it, they’re like little heartbeats. They’re like your heart walking around outside your body. They’re running around, bumping into stuff and falling. You’re able to kind of live life again through them. It’s so special to be able to be a part of her life and to bring her along and to see how she grows and see how much she’s my personality twin. It’s just amazing.”