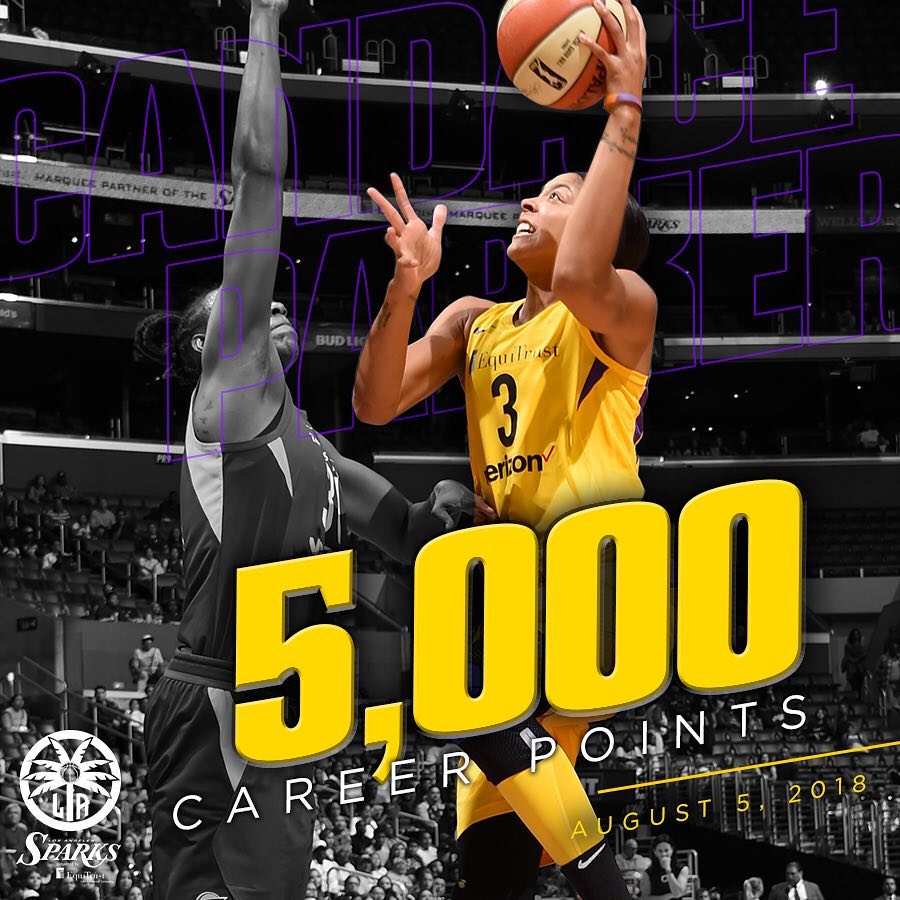 On Sunday, Candace Parker became the 20th player in WNBA history to score 5,000 career points. Parker reached the milestone during Sunday’s contest against the Phoenix Mercury. It was pretty much guaranteed Parker would cross the 5,000 point mark Sunday. She came into the contest just four points away from that milestone. She hit 5,000 career points on a free throw.