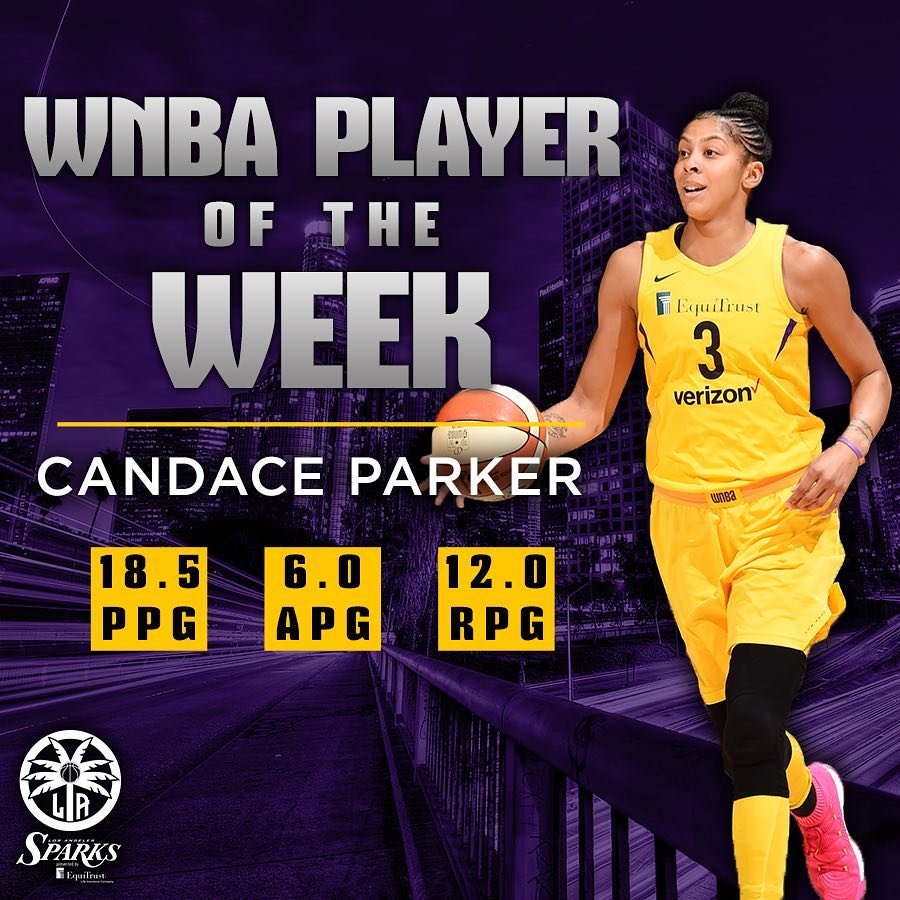 Parker earned Player of the Week honors for the second time this season. With 24 career awards, she ranks second in WNBA history behind Tina Charles (29). The two-time WNBA Most Valuable Player led the third-place Sparks to a 2-0 mark as Los Angeles ended the week with a 17-11 record. She ranked seventh in the Western Conference in scoring (18.5 ppg), tied for first in rebounds (12.0 rpg) and finished third in assists (6.0 apg). Parker opened the week by registering game highs of 23 points, 10 rebounds and three blocks to go with four assists and two steals as Los Angeles defeated the visiting Lynx 79-57 on Aug. 2. The 6-3 forward/center then recorded a near triple-double, finishing with 14 points, 14 rebounds and eight assists as the Sparks topped the visiting Phoenix Mercury 78-75 on Aug. 5.